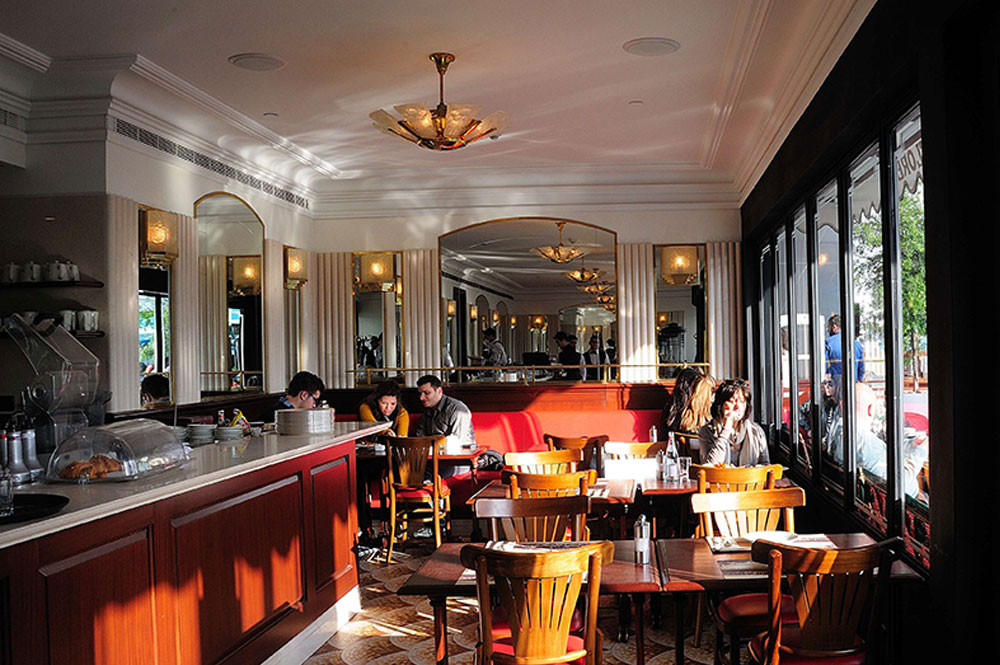 Founded in 1885, Cafe de Flore is a cafe that has been famed for its intellectual clientele. Saint­
Germaine-des-Pres was a place to meet people and to become friends, a real laboratory where any proposed his form, his color, his taste, his vision of liberty, because it was all about liberty though. Arthur Koestler, Ernest Hemingway, Truman Capote, Lawrence Durrell and many others like Jean Paul Sartre and Simone de Beauvoir…

The place is today the Rendezvous of many stars … You could possibly take a coffee next to Johnny Depp, Isabella Rossellini or Jack Nicholson, smoking a cigar … A nice trendy place for a breakfast, a glass of Champagne or a cafe.

In 2012, Café de Flore landed in Beirut with an outstanding outlet located on ABC Dbayeh’s rooftop.